Why you shouldn't put your puppy on electronic fencing-EVER!

Using electronic training collars and electronic fence containment systems (called E-Training) on your puppy is bad news. Really bad. And Jenn is no stranger to the negative impact of using electronic fencing (read her blog on how my friend Big Sandy lost her leg while on electronic fencing).But the companies and trainers that recommend these products don't want you to know what can happen to your puppy over time. They don't want you to know that your puppy's behavior, brain chemistry, and their health may be affected by being repeatedly given electronic shocks. They just want to take your money and give you the illusion that your puppy is safe and hope you don't ask questions later.

But dog trainers and owners are asking lots of questions about the safety and effectiveness of so called "fenceless fences". The real questions don't usually start until a dog's behavior becomes extreme and/or violent. And many times, the once trusting, friendly family dog is blamed instead of the system that has conditioned the dog to behave abnormally.

It all starts with learning. Dogs learn through associations, which is called classical conditioning. You know, Pavlov's dogs right? Well, that's how we learn signals and cues, and that good behavior = good stuff. But, we also learn that negative associations just as easily.

And with electric fence conditioning, you have no control over what your dog's associations will be. For example, a person walks by your house, your puppy runs up to say hello and gets a shock from the fence. The puppy now associates a stranger walking past the house with the shock. Stranger = bad things. This is why many puppies on electric fencing grow up to be adult dogs that have aggression and reactivity towards strangers.
Certified Pet Dog Trainer and Certified Dog Behavior Counselor Pat Miller explains, "I have seen at least 2 lovely, apparently very stable dogs, end up with serious aggression problems that I believe were totally and solely the result of their confinement in an electronic containment system. Different owners--one a Golden retriever, the other an Airedale. We salvaged the Golden; the Airedale was ultimately euthanized." This testimonial on e-fencing and many others by respected trainers can be found here.

This also explains why the number one issue that Jenn sees with dogs on electronic fencing is fear based aggression towards people, especially children and joggers. Why? What is usually running past your house or on bikes and skateboards? Right, kids and joggers. If your dog is outside unsupervised on electric fencing, who know what associations are being created day in and day out.
Richard Polsky, of Animal Behavior Counseling Services, examined the connection of shock/pain/aggression in five different litigated cases of dogs mauling a passersby in "Can Aggression in Dogs be Elicited Through the Use of Electronic Pet Containment Systems?"

The other thing that really worries Jenn is people using these shock/fence systems on young puppies. How does it affect a puppy's developing brain chemistry to get shocked? How is affects their heart and other organs? The truth is that no one knows.

What we do know is that experiments on rats at Harvard demonstrated that brain chemistry and emotional responses are altered by electric shocks:

"Vadim Bolshakov, assistant professor of psychiatry, and his colleagues taught rats that a certain sound they heard would be accompanied by an electric shock. After learning that unpleasant fact, the animals became startled every time they heard the tone whether a shock followed or not. Bolshakov and his team then examined their brains, and found conclusive changes not seen in rats that heard the sound or felt the shocks separately. " from the article "Brain Changes in Learning Measured" by William Cromie, 5/30/02.

What can keep dogs safe and secure without the risk of altering your dog's health and behavior? How about a real, physical fence? How about training your dog to come when called? Those are options that I can live with. 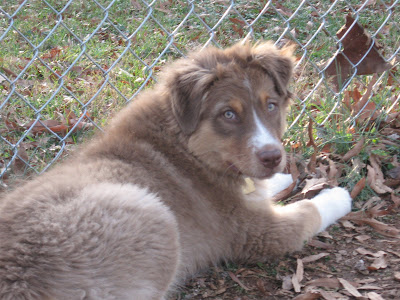 For more on electronic fencing:

You can read Pat Miller's Whole Dog Journal article on electronic fencing here called "Simply Shocking: Electronic Containment Systems May Be Convenient for Dog Owners, But Are Not Safe for Dogs".
Posted by Royal at 1:19 PM