So I've been feeling more like my old self every day. My energy is going up and I've been in the mood to play with Jet more and more. Since I've been going through treatment for Lyme Disease and Ehrlichiosis these past three weeks, the antibiotics are making a big difference. 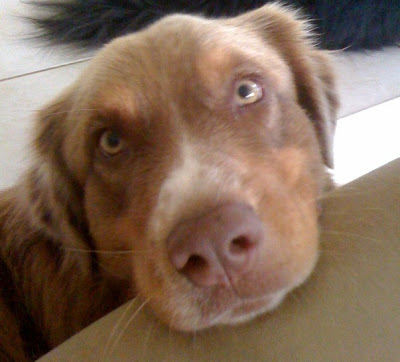 But if all that wasn't enough, my latest bloodwork also revealed that I'd been exposed to Rocky Mountain Spotted Fever. I really hit the tick jackpot! Now the RMSF is probably something that I was exposed to a while ago and my immune system knocked it out, but Jenn wanted me to learn about it just to be safe.

Rocky Mountain Spotted Fever is a disease caused by the bacteria Rickettsia rickettsii. RMSF is transmitted by the American dog tick and the wood tick and is prevalent in every state in the U.S. except for Maine.

There are two stages of the disease: subclinical and acute.
People can be exposed to RMSF by a tick bite or from improperly removing an infected tick from your pet. See my previous blog entry on how to remove a tick properly. Symptoms in people include sudden fever, headache, muscle pain, and 85% also get a rash that looks like this:
Eeck!! It's real important that people get treated as soon as possible if they suspect RMSF. It is some nasty business! So be careful out there and check yourself and your pets for ticks every day.

The good news in all this is that Jenn had Bernie tested with the SNAP 4DX hearworm/tick screening and he is negative on all the exposures.

You can learn more about canine RMSF here and human RMSF here.
Posted by Royal at 11:15 AM 3 comments:

I am so excited to show off pictures of my latest modeling gig. 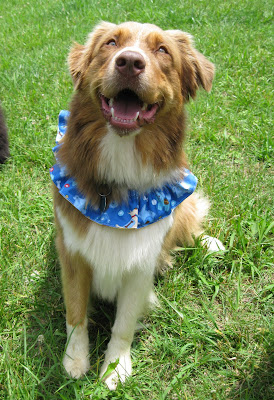 Jenn asked me to pose for pictures for her mom Sue's new website for Jing-A-Ling Dog Bandanas. 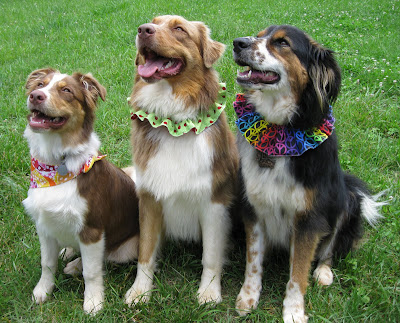 I suggested that Bernie and Jet also get in on the modeling action. Jet seemed like a natural and Bernie is always handsome. 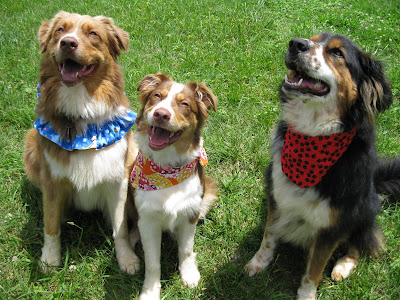 But then Jet decided to position herself in front of everyone else and smile like a goofball. She even blocked out Holly the Newf! 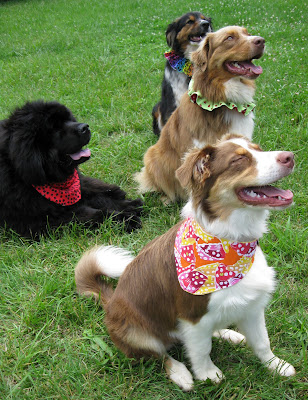 And here she is getting into Bernie's shot too. 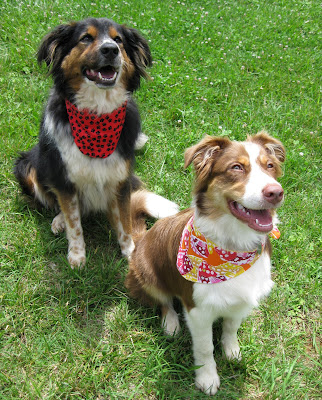 But not to worry, the best shots were of me, of course. Check out our pictures and all the cool dog bandanas at Jing-A-Ling Dog Bandanas.
Posted by Royal at 1:45 PM 3 comments:

It's no fun to learn about tick related diseases by getting one. Both Jenn and I can say that now. So, I'm here to help you learn all about Ehrlichiosis, so you can recognize the signs and symptoms in yourself or your puppy.

Ehrlichiosis is a tick borne disease caused by Ehrlichia bacteria. There are many species of Ehrlichia, two affecting humans, and the most common for dogs is Ehrlichia canis. It looks like this:
Dogs can get Ehrlichiosis from the brown dog tick. The bacteria enter from the tick's mouth into the dog's blood stream and attack white blood cells and the immune system.

There are three stages of the disease:

1. Acute-this happens within a few weeks of a bite and symptoms can include a fever, joint pain/stiffness, fatigue, loss of appetite. As the bacteria reproduce inside white blood cells, they spread to the lymph nodes, spleen, liver, and bone marrow

2. Subclinical-this lasts for years with no symptoms other than anemia

3. Chronic-this stage is the most severe with a range of symptoms including neurological symptoms, kidney disease, eye inflammation, bleeding gums, swollen legs and a range of other symptoms that can be mistaken for other conditions

In humans, symptoms include fever, fatigue, muscle aches and headaches. How many people have those things, and never think it might be a tick related illness?

Let's talk about diagnosing Ehrlichiosis. So how do you know if you've got a tick related illness? Well, if you are lucky enough to be a dog, you can get the SNAP 4DX/heartworm test. This is a simple, in-house blood test that can be done in minutes in any veterinarian's office. The SNAP looks like this:There is a window on the test that indicates exposure to tick diseases or heartworms. If you have exposure, the dots in the window show up. Depending on where to dot appears, that determines if the exposure is Lyme, Ehrlichiosis, Anaplamosis, or Heartworms. Once the vet has information on exposure, they can do further blood testing to get information about what stage the disease might be in to determine treatment.

If you are not lucky enough to be a dog, you need a doctor that is tick disease literate and will do comprehensive testing. Jenn says that patients need to be advocates for themselves and if your doctor won't listen, find one that will. Human testing is controversial, as many people with diseases like Lyme sometimes don't test positive because their state (really the insurance companies) only tests for certain strains of the Borrelia bacteria. If you were infected in another state or by a different strain of the bacteria, you can have Lyme and test negative. Why can't human testing be as easy as dog testing? Good question.

Luckily, treatment for dogs and humans is usually straighforward depending on the stage of the disease: an antibiotic called doxycycline that is taken twice a day for six weeks or more. We'll see how my treatment goes over the next few weeks.
Posted by Royal at 7:18 AM 2 comments:

Oh No! I have Lyme Disease and Ehrlichiosis 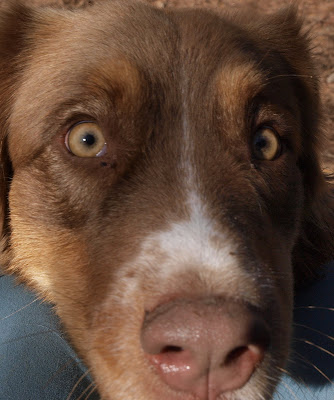 No wonder I've been tired and feeling kind of run down. Jenn thought is was too much playtime with Jet or maybe the heat. Jenn took me to the vet for my wellness exam and mentioned that I've been a little fatigued. Since Jenn dealt with all that Lyme Disease stuff last year, she asked the vet to do the SNAP 4DX/Heartworm test. It is a heartworm test that also screens for several tick borne illnesses: Ehrlichiosis, Rocky Mountain Spotted Fever, Anaplasmosis, and Lyme Disease.

The test indicated that I have been exposed Ehrlichiosis. Yikes! More bloodwork confirmed that I've also been exposed to Lyme. Double yikes!

So, I started taking an aggressive dose of the antibiotic called Doxycylcine on Friday. My vet said that I should be feeling better soon. But I have to stay on the antibiotic at least a month. I have to have a snack with each dose and Jenn started giving me a special yogurt "milkshake" snack in the afternoon, so that the antibiotic doesn't wipe out all the good digestive bacteria in my body. Hmm, extra snacks? I can handle that.

Want to know more about what these tick borne illnesses? I'll be detailing more about these diseases and my treatment. Stay tuned!

You can learn more about Canine Ehrlichiosis here.

And about Lyme Disease here.
Posted by Royal at 8:55 AM 5 comments: