So y'all may be wondering what I've been up to since my last blog post.  It's been quite a while and well, lots of changes have happened.  The biggest change is that Jenn and I have moved!  I guess I should fill y'all in:

Last summer, Jenn said we were going on a new adventure.  The good part was that we were going to spend lots of time together in new places, and the bad part was having to leave Bernie and Jet and all our friends in North Carolina.  Jenn would have to leave Blue Dog Creature Coaching behind and all the wonderful people that helped her business grow.

Jenn and I would start by living with Jenn's sister Kim and her family in Pennsylvania and they had cats and their Newfy Holly.  Dude!  I love cats so I was cool with that idea and I knew Holly and I were definitely on the same wavelength (see Great Minds Think Alike).

So off we went to Mercersburg, Pennsylvania, home of Mercersburg Academy and the Butler Family.  But before we left, Jenn had her friend Lili Chin do a portrait of me, Jet and Bernie. 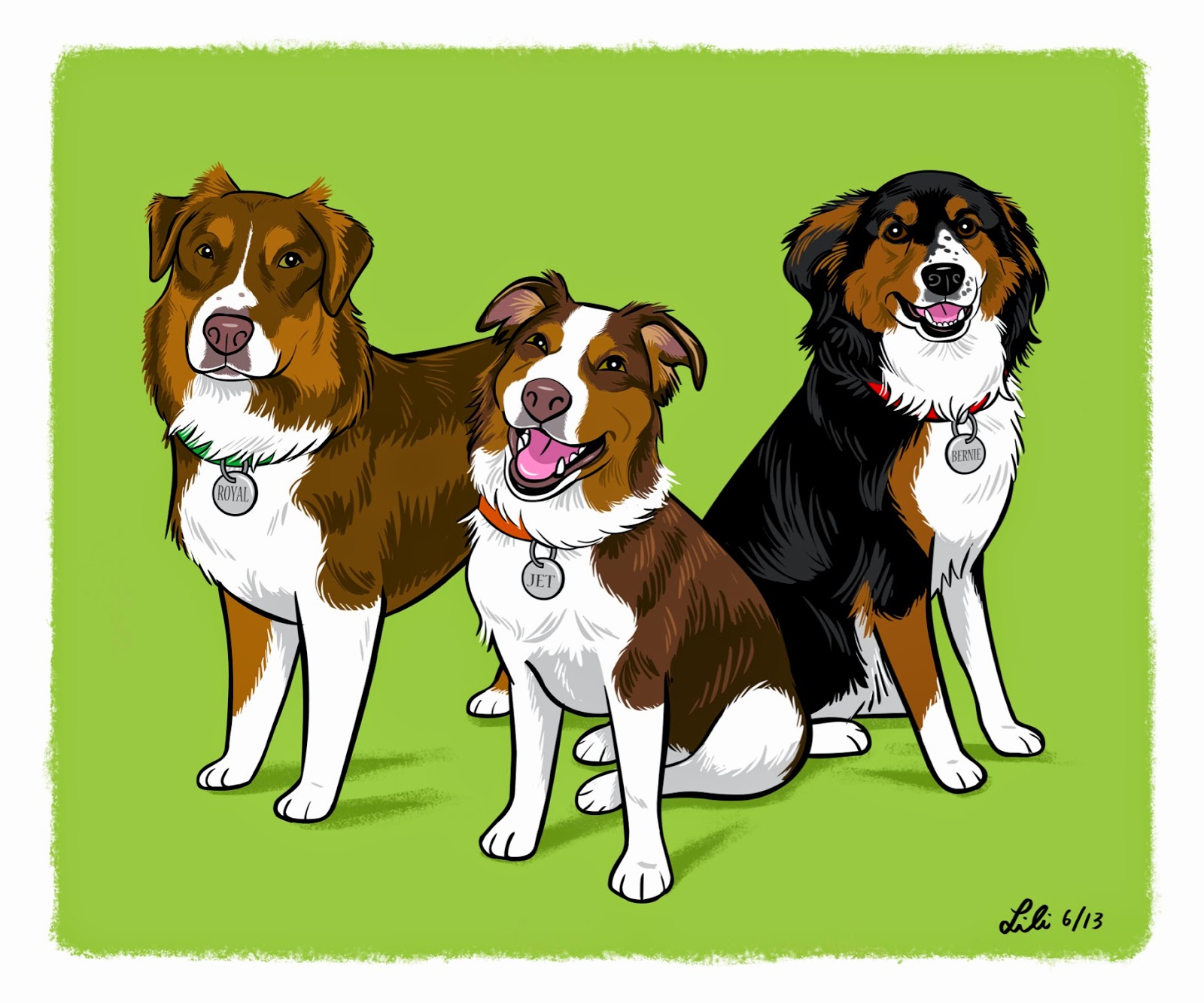