We just got back from a very wet trip to the beach.  I loved walking on the beach in the rain!  Jenn and Eric were not so thrilled, but it was really quiet and comfortable anyway.  Here's me and Jet with Jenn on a wet walk.   We got to say hello to lots of nice people and dogs that also didn't mind getting wet on the beach. 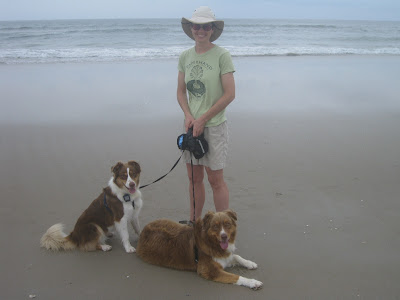 Bernie got his own private walks with Jenn.  Apparently, people on the beach thought he was very cute and polite.  Hmmph! 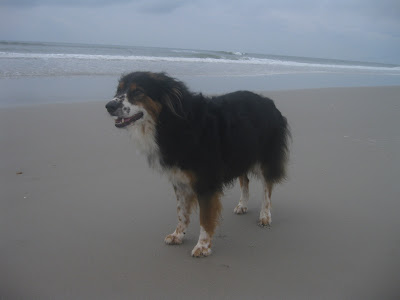 Jet had her own agenda while at the beach.  She has developed quite a strategy for mooching food off Eric while he makes his lunch.   First, she positions herself in the kitchen so she has a good vantage point to see what Eric is making. 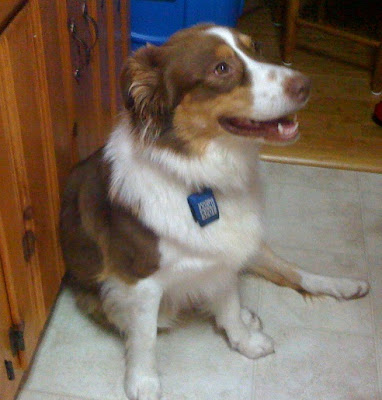 I, of course, have learned to follow Jet's lead on certain things.  So, I'm close by while Eric starts prepping his lunch. 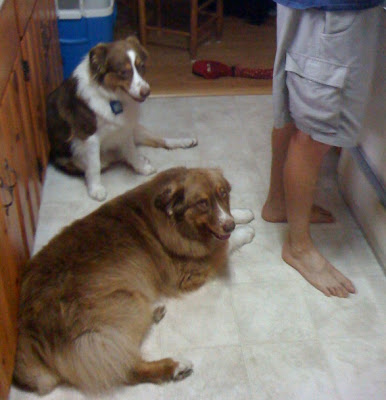 Jet quickly moves to a more central kitchen floor location to get a better look at exactly what Eric is doing. 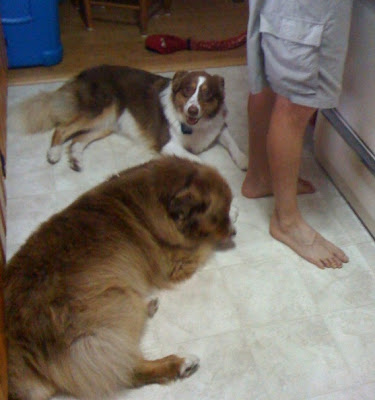 Jet has also perfected the "sad and very hungry face" and does it to Eric every chance she gets.  See the ears go back, her eyes get big.  Boy, she's good. 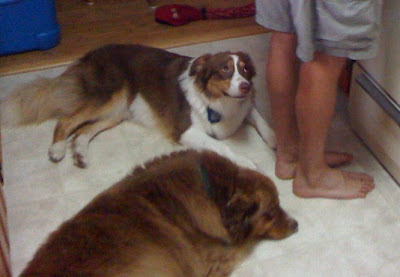 When the "sad face" doesn't get the reaction she was hoping for,  Jet repositions herself so that just in case something falls off the counter, she's in strategic position. 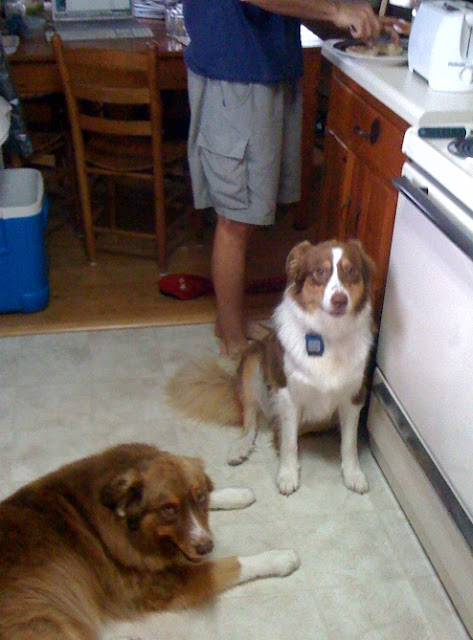 At this point, we've taken up most of the floor space in the kitchen. It would not be the first time that someone has accidentally tripped over a red dog and their lunch lands on the floor.  But Eric tries to move around us as best he can. 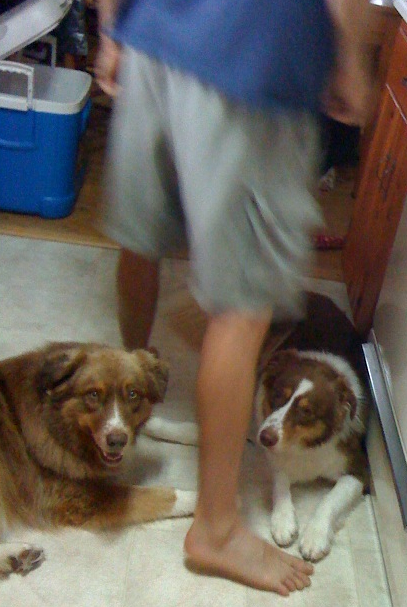 Then, Jet flashes the "sad face" again.  I give it a try too.  Eric is unfazed by our attempts to solicit food.  Perhaps Jenn has taught him better than we think. Well, we'll just have to keep an eye on things anyway. 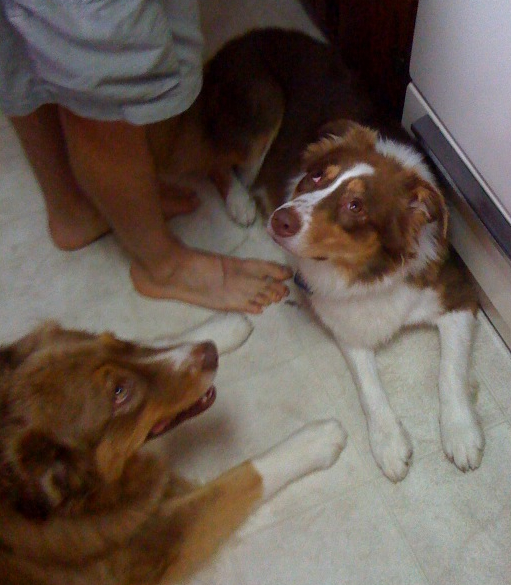 That look like a fun wet beach walk Royal and Jet. It's always fun going to the beach and making new fur friends while you there.