Jenn recently spent three weeks in Africa and she says it was the most amazing experience of her life!  She met wonderful people, saw gazillions of animals, and traveled to remote parts of the African bush. But things started here:
...in Johannesburg, the largest city in South Africa.  But not before Jenn spent over 20 hours on a plane to get there.  Yikes!!  Jenn met her other traveling companions at the Donnybrook Guest House and then headed to the  Elephant Sanctuary at Hartbeespoortdam.  Here's Jenn and her friend Anthony meeting a very friendly female ele. 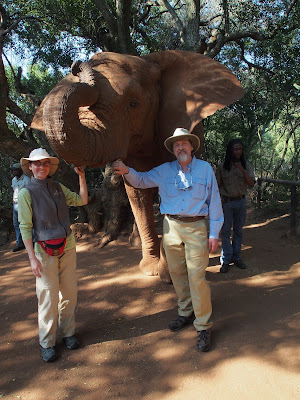 Here's a video Jenn shot:
Then, Jenn went to the nearby Bush Babies Sanctuary for some close encounters with lemurs and monkeys:
Next, it was off to the Pilanesberg Reserve about 2 hours from Johannesburg.  Here are some photos from Jenn's game drives in Pilanesberg: 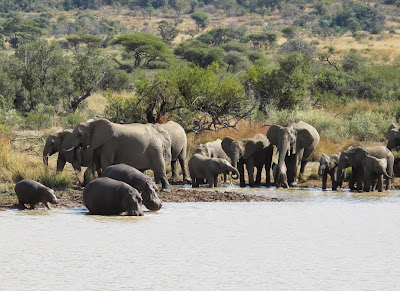 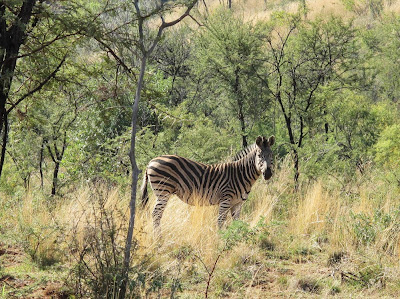 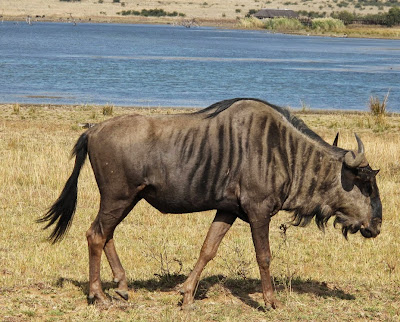 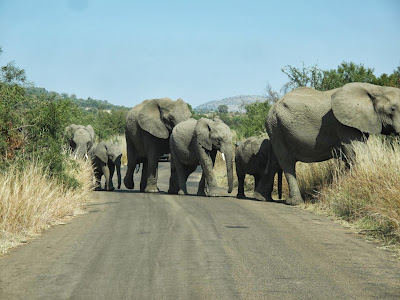 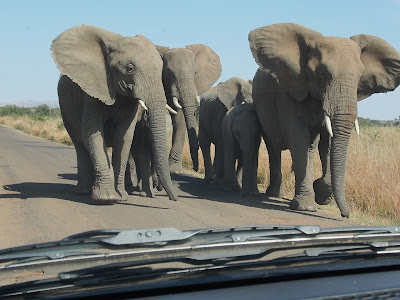 Here's a video that Jenn made from Pilanesberg featuring a lioness carrying her cub, a close encounter elephant encounter, and a plethora of elephants, and hippes at a watering hole.

Wow!  And that's only the beginning of Jenn's adventures in Africa!  Next, it's off to the bush in Botswana!!