My Day at the Duke Canine Cognition Center

This morning, I got to go participate in an ongoing research study at the Duke Canine Cognition Center. The Duke Canine Cognition Center is hoping to understand more about the effect of domestication on dog cognition, identify breed differences in problem solving skills and generally understand more about how dogs think and take direction from humans. The work of DCCC and Dr. Brian Hare was featured in Time Magazine.
Sounds cool to me. Jenn drove me onto Duke's campus with my party bandana and I was welcomed by four very nice people at the DCCC. And the whole place smelled like treats! I knew this was a good sign. 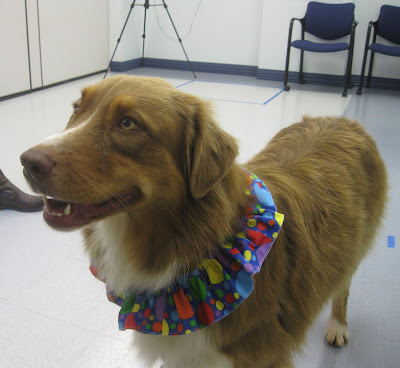 Jenn had to sit in an adjoining room and watch the study from a TV screen. Cups were set up on either side of the room. I had to stand in a blue block on one side of the room, while one of the cups was loaded with a treat. Then a person would point at one of the cups. Sometimes the person was facing me, sometimes away. Sometimes the treat was under the cup they were pointing to, and sometimes not. 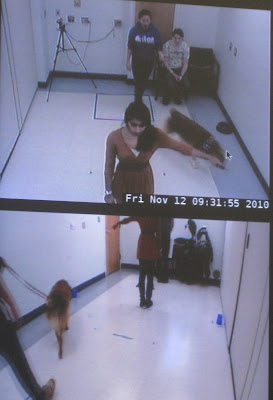 Then, we played a little version of the "shell game". Treats were placed under a cup and I had to choose the right cup. 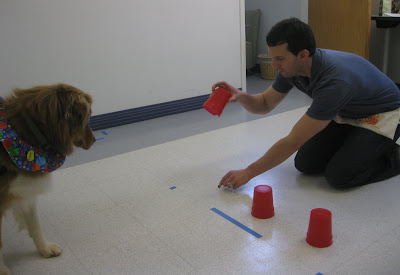 It started out pretty straightforward. 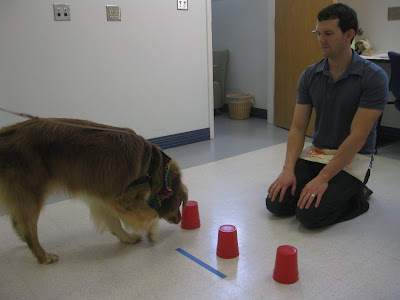 But then, they started getting tricky on me and switching the treats around at the last second. 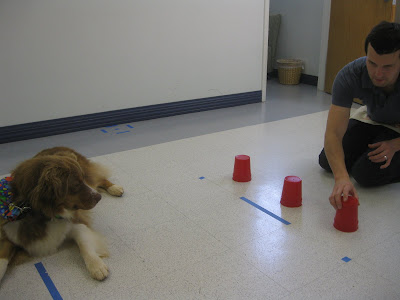 I think I did pretty well all in all. 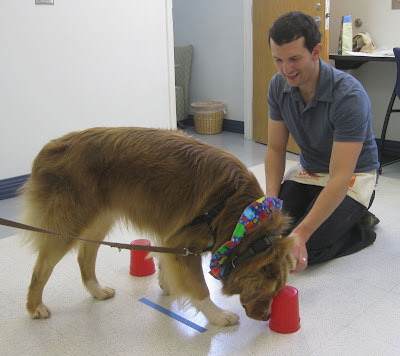 The humans seems delighted with me either way. 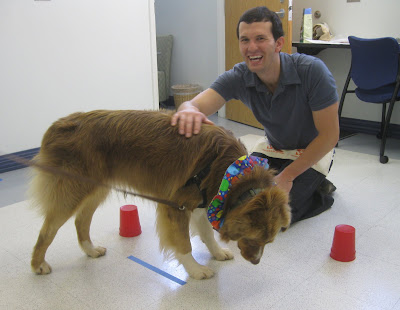 If you would like your dog to participate in the problem solving games or you would just like more information about the Duke Canine Cognition Center, click here.
Posted by Royal at 2:19 PM

When did you sign up for the study?
I signed up last year and haven't been contacted yet.

We signed up over a year ago. I'm surprised it took so long to get invited too! But is was really fun and the work they are doing is just fascinating.