Errorless Housetraining?! Not Quite

The supercool Dr. Ian Dunbar talks about the importance of "errorless housetraining" with a new puppy. This means giving puppies zero opportunities to make mistakes inside and lots of opportunities to be successful outside. 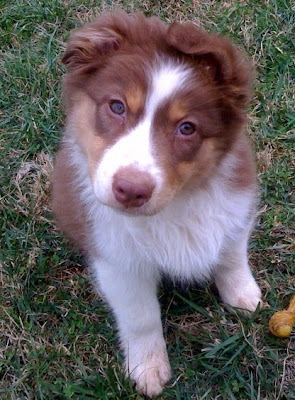 So you would think a dog trainer, like Jenn, would have this stuff all down pat. Hmmmm. So I was really surprised when our puppy Jet seemed to be getting a little more freedom than I did when I was her age. Not a good idea, since puppies that young are like toddlers running around the house without a diaper on. So about once a day, somebody isn't watching Jet and she potties in the house. Seriously! She potties IN the house. That's just gross. 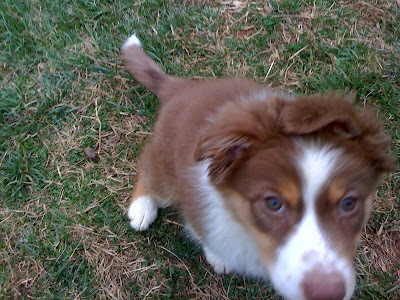 After a few days of this madness, Jenn and Eric got with the program. They ramped up their supervision of Jet, made sure they were following a consistent routine of feeding and potty breaks (every hour on the hour through the day, after each meal, after each play session, after waking up), rewarded her with special liver treats and tons of praise for pottying outside, and most importantly, supervising her. When they aren't watching her, she is in her little crate. 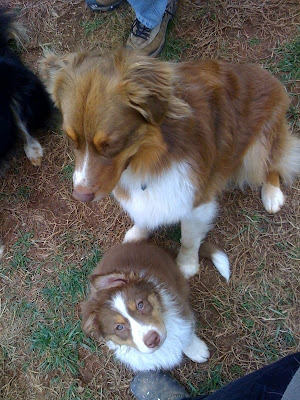 Other little things to help your puppy be successful are:
Let's hope Jenn and Eric can keep this up to help Jet understand that pottying is for outside. You can learn about more of Dr. Dunbar's housetraining tips here.
Posted by Royal at 8:51 AM

I agree with your Royal. Puppies do gross things. I was horrified when Ambrose peed in the house! But even he got the whole housetraining routine down. So if he can do it, Jet certainly will.